> Democratic Republic
of The Congo

There is a proliferation of armed groups in eastern Democratic Republic of the Congo (DRC). This has fuelled violence in the region for more than two decades. This violence has been exacerbated by the spillover of armed conflicts in neighbouring countries. Since 2010, DAG has initiated dialogues with representatives from the Congolese government and armed groups, as well as, international actors to reduce violence. Drawing on local insight as well as international expertise, DAG supports national and international efforts to disarm, demobilise and reintegrate (DDR) key armed groups and contribute to sustainable solutions to armed conflict in the Great Lakes region. 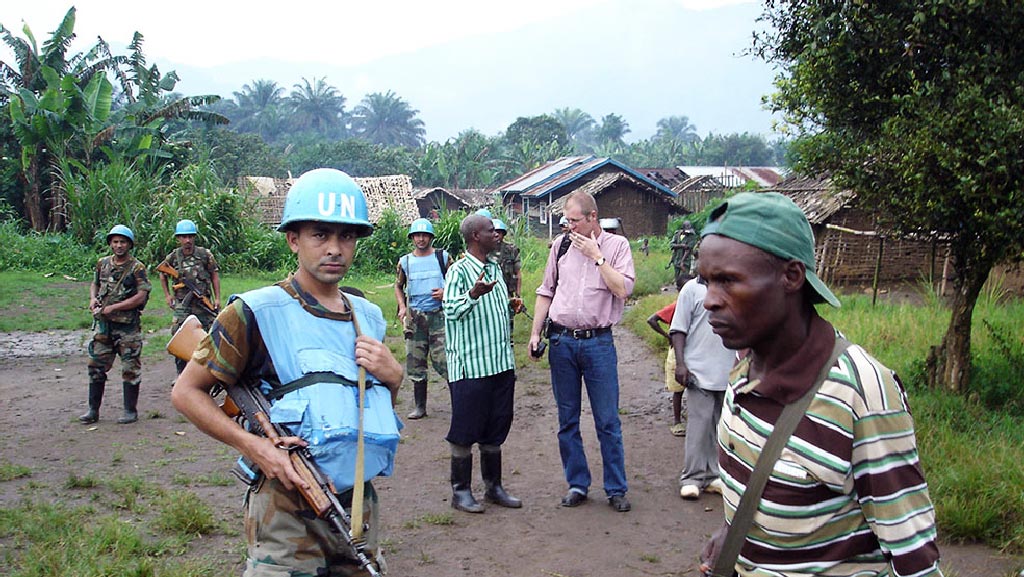 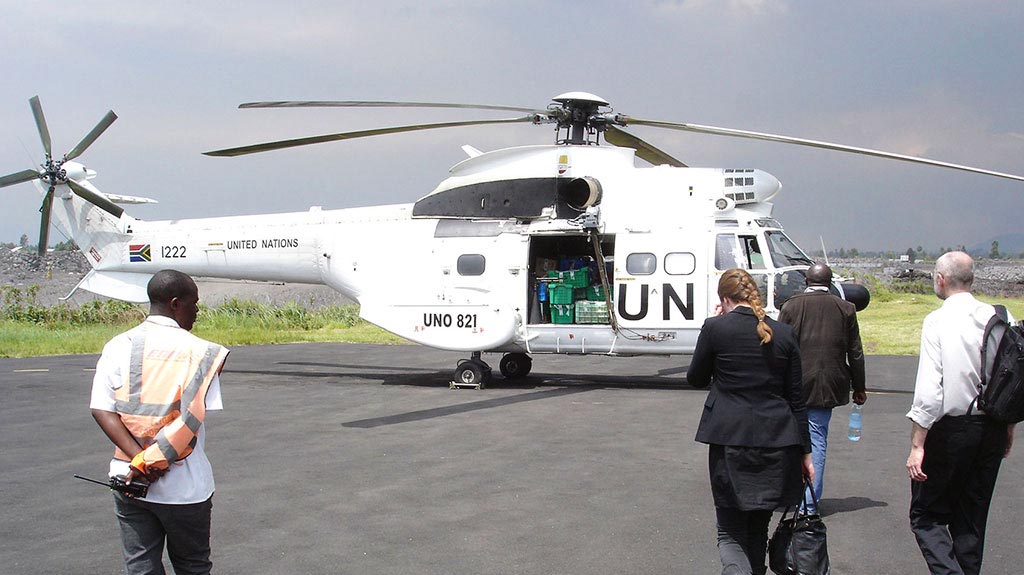 The oil rich province of Kirkuk in Northern Iraq is disputed between Arabs, Kurds, Turkmen and Chaldo-Assyrians. Alongside other disputed territories in northern Iraq, rifts, within and across ethnic communities, tribes and sects, are deepening. The “Islamic State’s” occupation and continued presence in Kirkuk has further aggravated tensions. DAG has been facilitating a dialogue with the political and security leaders of the Arabs, Kurds, Turkmen and Chaldo-Assyrians in Kirkuk since 2009. This dialogue deals with the challenges of community co-existence in a context of long-standing armed conflict and political uncertainty. DAG is assisting leaders to work out joint security and joint governance mechanisms for Kirkuk. 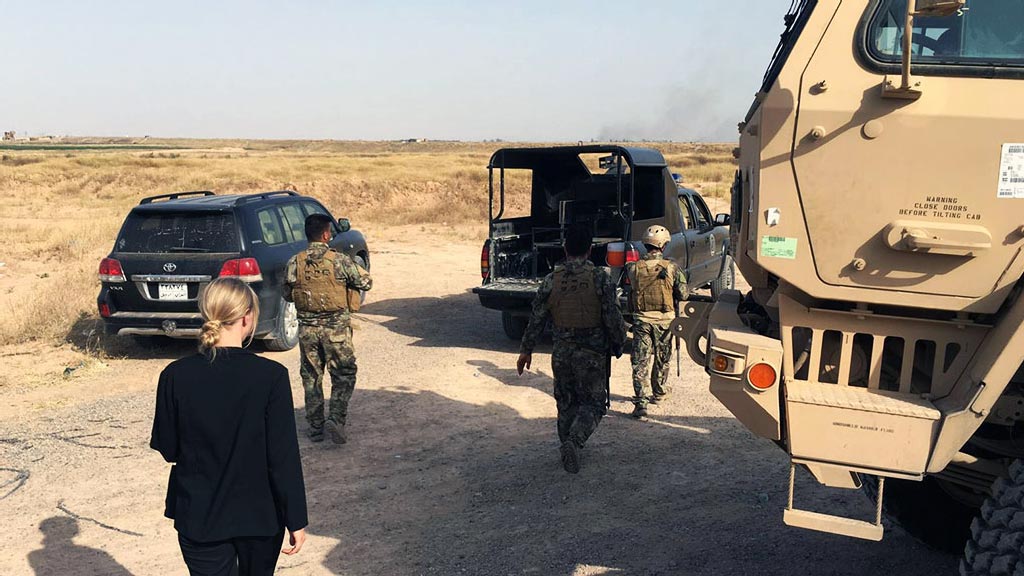 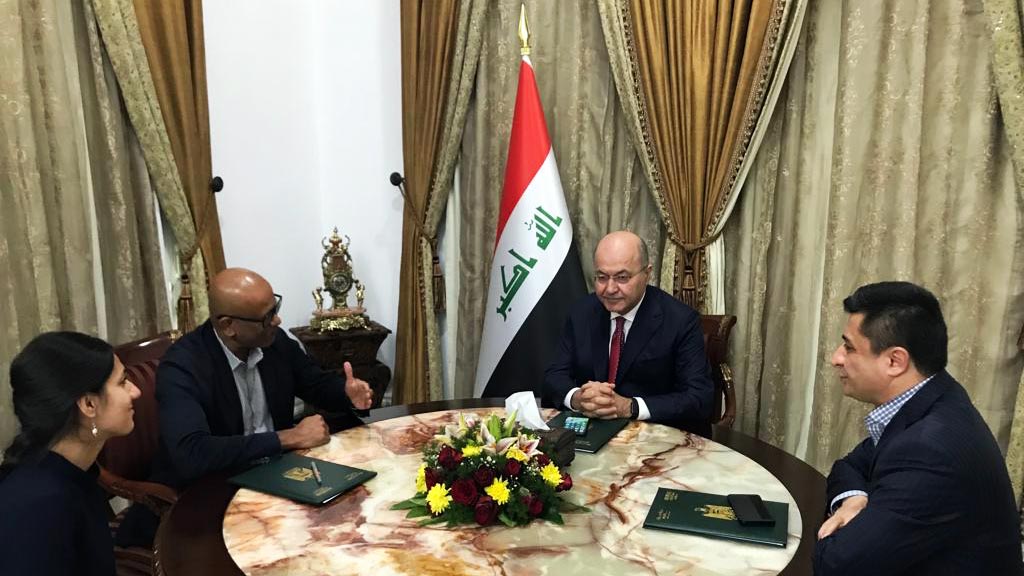 DAG’s Director meets with the President of Iraq, Barham Salih

Libyans overthrew longtime dictator, Colonel Muammar Gaddafi, with NATO’s intervention in 2011. Since then, Libya has been mired in a protracted armed conflict, fuelled by the links between local, regional and international actors. The local armed groups represent multiple centres of political and military power – cities, tribes, militias, businesses and individuals – within Libya. They are broadly arrayed under two competing political and military alliances - western armed groups linked to the internationally recognised government in Tripoli and the eastern-based Libyan National Army  linked to the legally recognised House of Representatives. Renewed international efforts under UN auspices to end the fighting led to an intra-Libyan Dialogue in 2020. This paved the way for a ceasefire agreement signed on 23 October 2020 and the establishment in Tripoli of a new Government of National Unity. For the past five years, DAG has been engaging with armed groups in Libya, as well as international actors, to facilitate political and security dialogues. 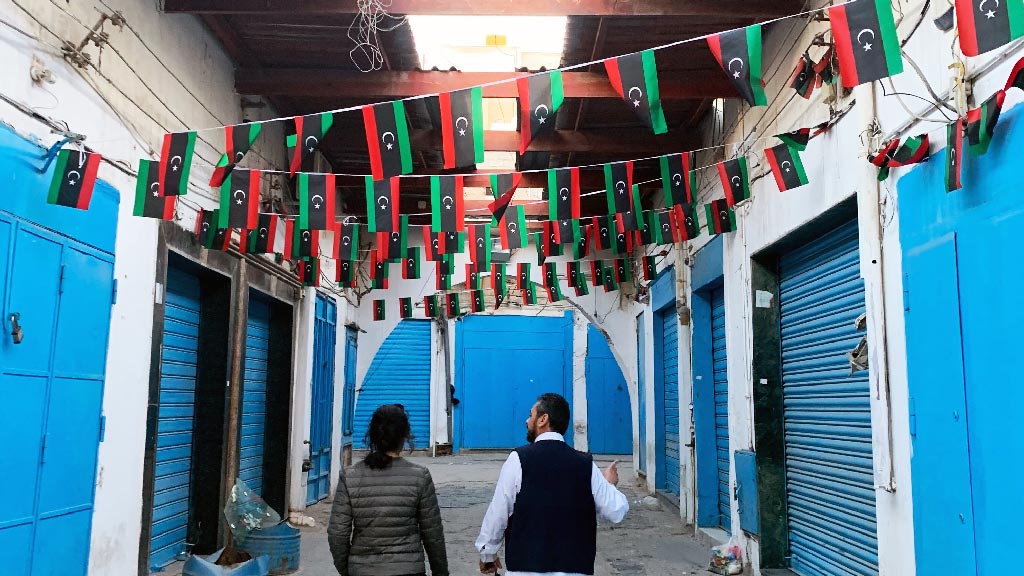 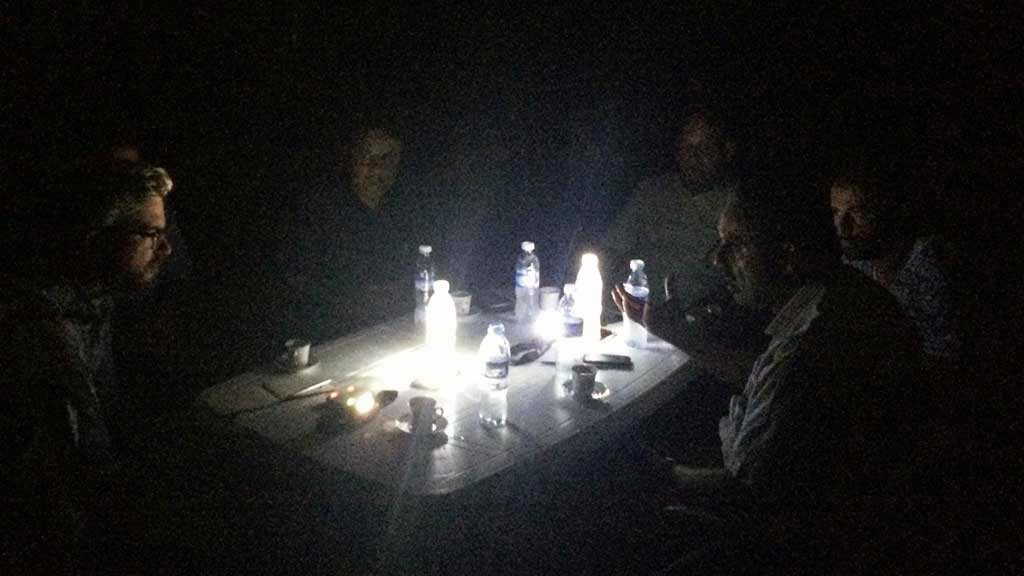 Sri Lanka’s armed conflict ended in 2009 with the defeat of the Tamil Tigers. Following the conflict, Sri Lanka continues to struggle with the challenges of national reconciliation among communities, accountability for war crimes and autonomy for ethnic minorities. DAG’s director served on the board of the former President’s Office of National Unity and Reconciliation from 2015-2019. Following the Easter bombings he also served on the National Security Advisory Board. 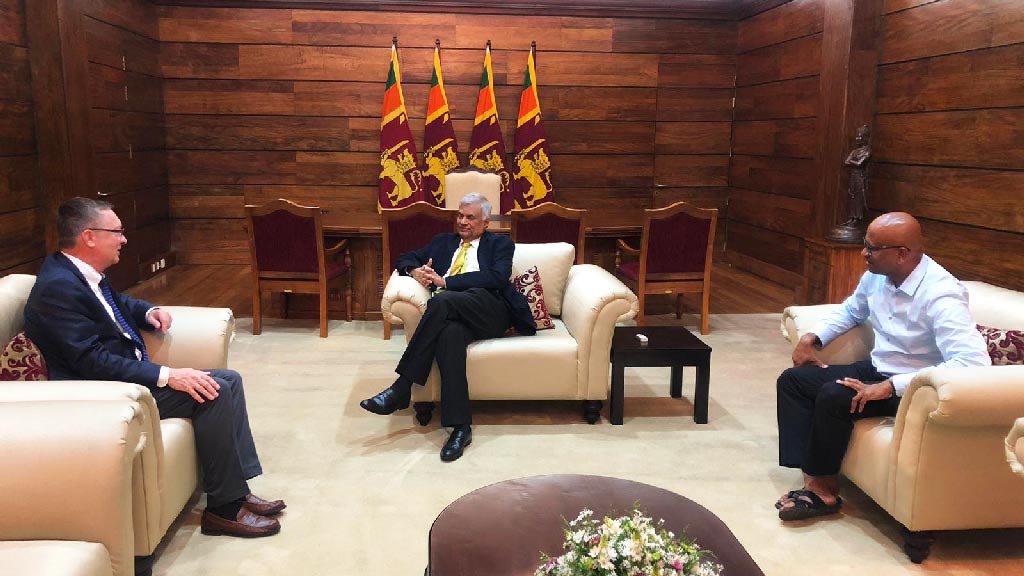 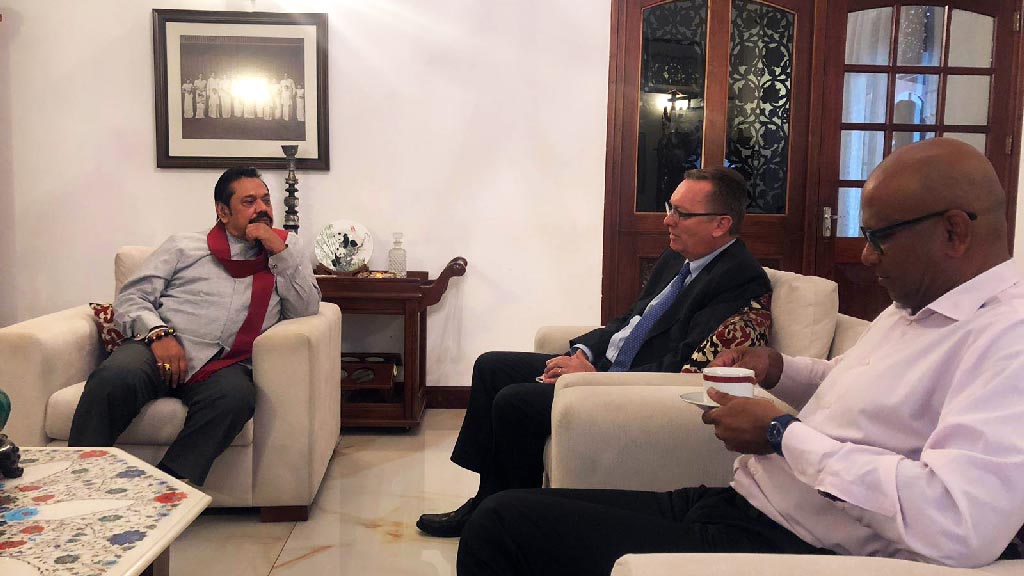 Venezuela is facing a political, economic and social crisis that has devastated the country. Key members of the international community are resorting to diplomatic, legal and economic sanctions against Nicolas Maduro’s government to support the opposition. Despite these efforts to oust Maduro from office, he and his allies remain in control of the country, its armed forces and all branches of government. Attempts to address the crisis through dialogue have failed due to diplomatic differences internationally, political polarisation nationally and fragmentation within the opposition. DAG is helping to explore humanitarian, economic and political spaces where interim agreements may be reached by facilitating dialogues with political actors in the country and key international organisations. 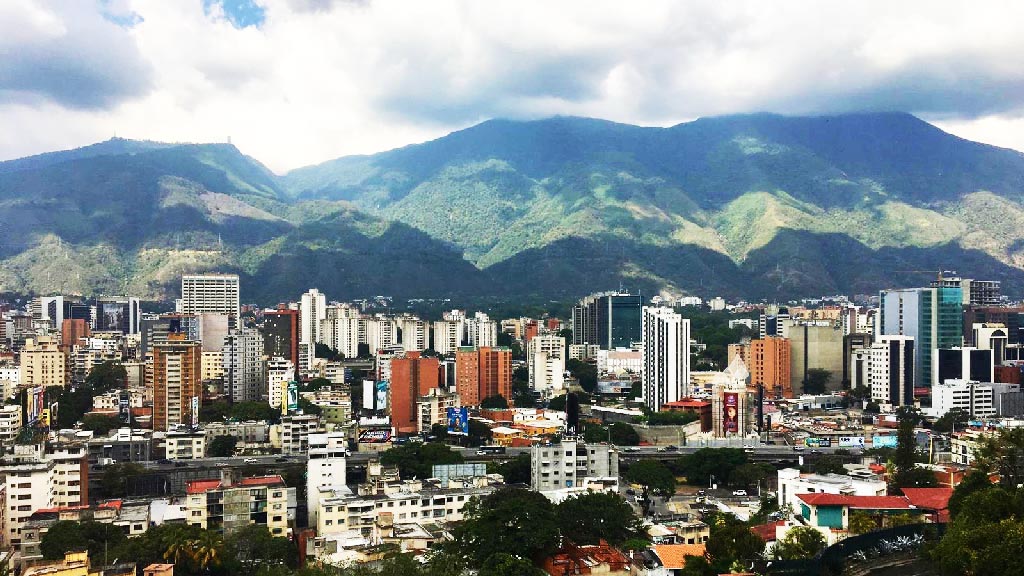 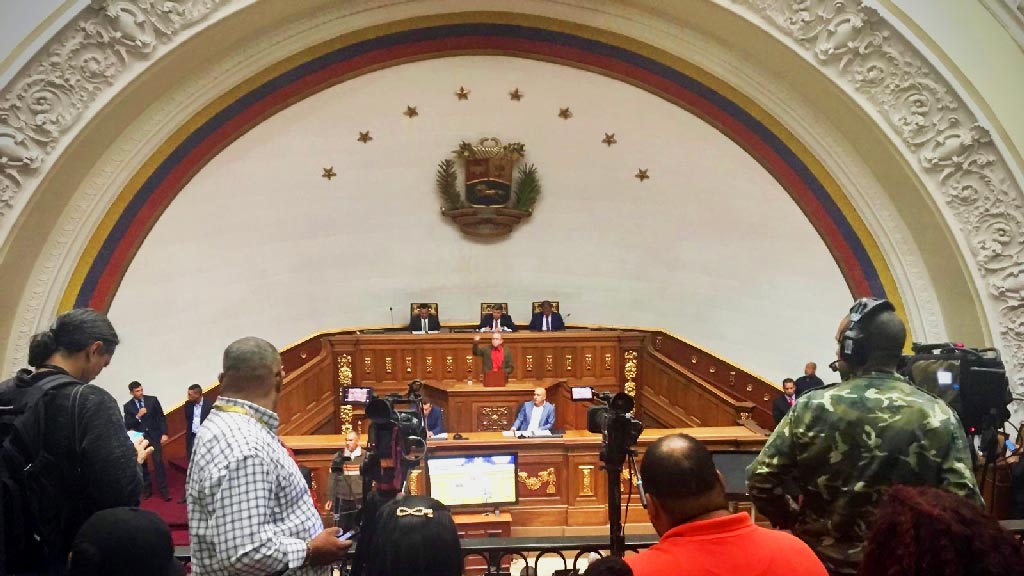 DAG established and led a commission to verify the ceasefire announced by Euskadi Ta Askatasuna (ETA) – the Basque separatist group –  in January 2011. Over a period of six years (2011-2017) the Commission verified ETA’s ceasefire, witnessed the first sealing of weapons by ETA, and finally facilitated and observed ETA’s disarmament. The Commission received information regarding the location of ETA’s weapons, ammunition and explosives and conveyed this to the French authorities. The then French Minister of Interior described the disarmament as a “great step” towards peace and security in Europe. The Commission worked closely with the Basque government, political parties, trade unions and the Basque business association. It also received the official support of the Basque and Navarre Parliaments and the head of the Basque region in France. 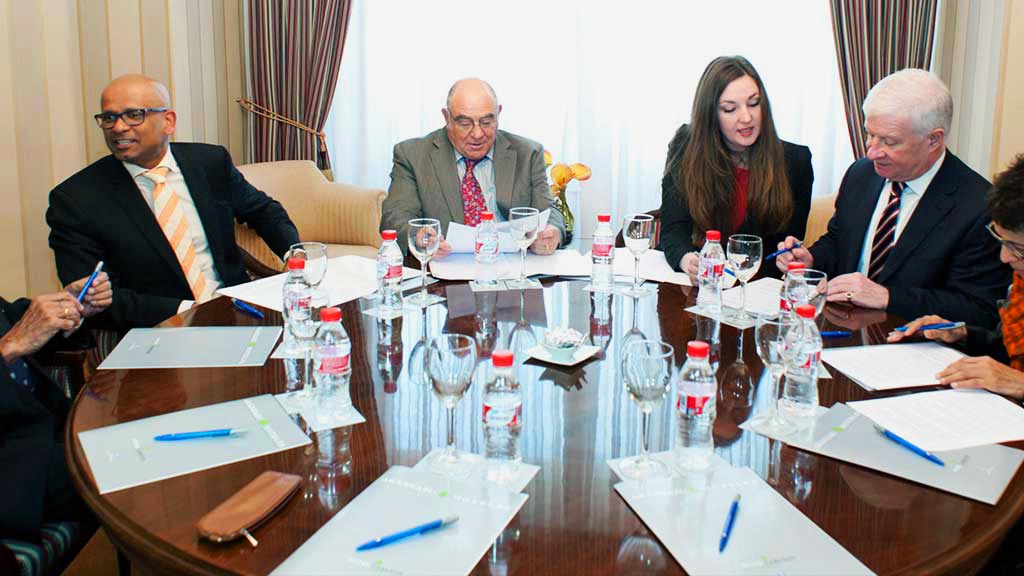 DAG jointly facilitated the decommissioning of weapons of the Irish National Liberation Army (INLA) and mediated an agreement between dissident Republican prisoners in Maghaberry prison and the Northern Ireland Prison Services (NIPS). DAG collaborated in this work with the Irish Congress of Trade Unions and Creggan Enterprises (a community foundation in Derry). 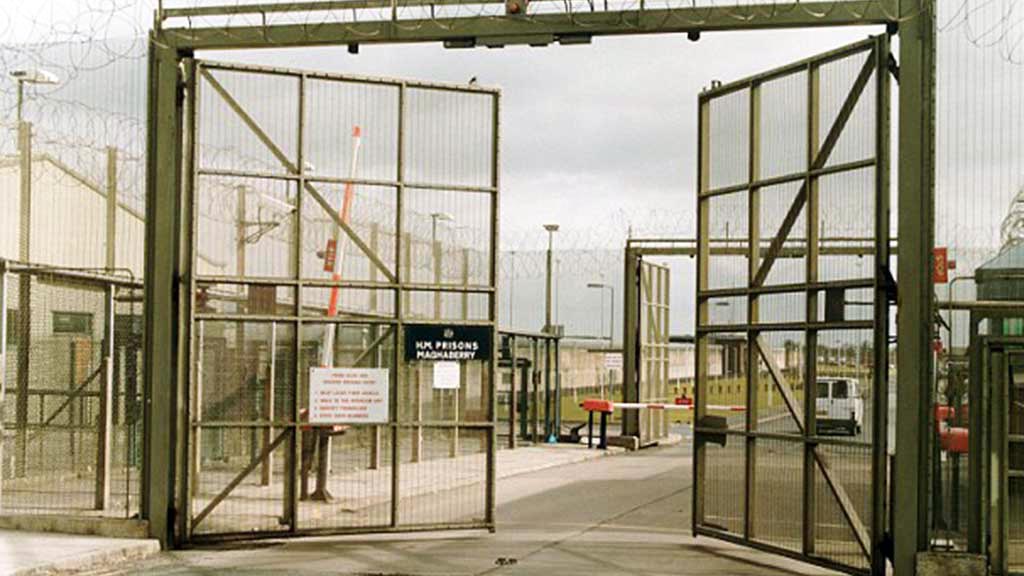